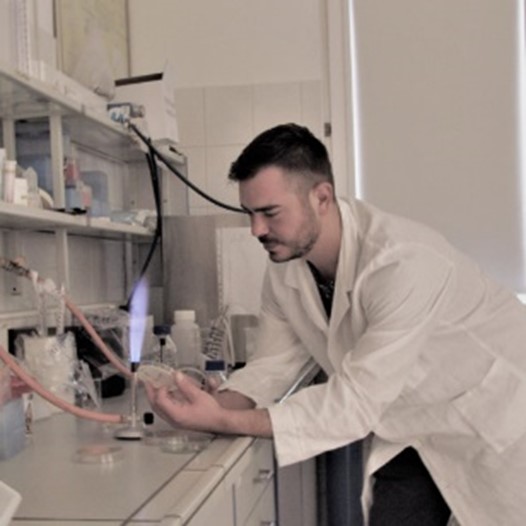 graduated from Jagiellonian University in Kraków, Poland with MSc in environmental protection in 2008. Next, he’d undertaken a structured PhD programme at University College Dublin in Ireland. During that time Maciej specialised in high cell density fermentation development, downstream and upstream processing of polyhydroxyalkanoates (PHAs), and also genetic manipulation of bacteria. In 2012 he presented thesis entitled “Conversion of postconsumer polyethylene to biodegradable polymer polyhydroxyalkanoate” and successfully graduated from UCD with PhD in industrial microbiology.

In the following years Maciej worked in a UCD spin out company Bioplastech, where he was developing fermentation strategies for PHA production. He was also a lead on a project aiming at production of small molecules arising from PHA. In 2015 he moved back to Kraków, his home town, and become a fellow at J. Haber Institute of Catalysis and Surface Chemistry PAS. Here Maciej is a PI of several projects in area of production and application of polyhydroxyalkanoates.

New membership are not allowed.